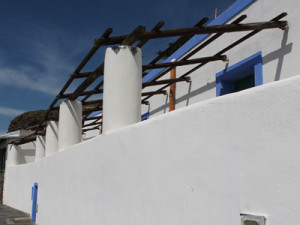 The “urban” aspect of the islands is an evident trace of a long history made up of invasions of different populations, and also of the fusion of various cultures which have indelibly marked the modus vivendi of the islanders.

The peculiar architecture of the island is an evidence of it.

The commercial influences, the geographical position and the consequences of numerous invasions shaped a particular architecture , which in its parts highlighted the necessity and the anxiety of a population who continually struggles against the harsh territory ,in order to assure the indispensible for its surviving. Notwithstanding a few means and the objective logistic difficulties of the Aeolian territory, the first Aeolian structures were situated far away from the coasts and the plains, in places of little visibility, where the defence was simplified by the harshness of the territory. 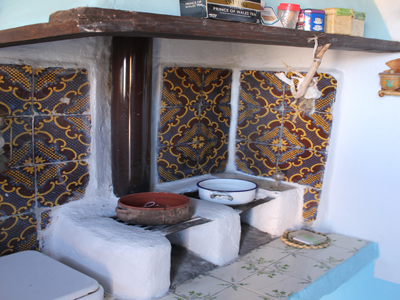 The fear of the inhabitants towards eventual external raids manifested both in the choice of places for the construction of houses, and in the architecture, as it emerges from the purely defensive structure. The better political-economic conditions and the reducing of raids permitted a major development of urban activity along the coastal lines, and in flat zones.

The rural house of the Aeolians is, from ages, the most widespread structure on the territory.

With the birth of the middle-class little palaces and villas with big gardens emerged. The white colour of the external whitewashes, described by many travellers of the 19th century, is an element which was used only after the unruly invasion period. 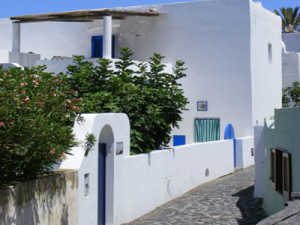 The commercial influence of the 17th century brought new decorative elements, especially on the facades. These ones were whitewashed with accuracy, the openings were framed with the local stones and along the superior edges, some laces were applied. They were usually decorated with two intense hues, one as a basic colour, and another one which framed the edges. Obviously, in the characteristic Aeolian architecture there are not only houses, but also the buildings of cult, warehouses, palm groves, rarely mills, watchtowers, and defence towers.