The Museum of Lipari

The museum complex is situated upon the Neolithic rock of the “ Castello” of Lipari, a kind of a natural fortress, used by populations settled down on the island to defend themselves from attacks and invasions. The museum is the evidence of all the cultures and populations which have settled the territory. It is possible to admire the Bronze Era huts, on the overlapped levels, and exactly four of them; some of the Greek-Roman buildings and the urban plant of the 2nd B.C. The museum of Lipari, one of the principal historical and cultural attractions of the island, is divided into six large areas, which are: the pre-historic section, the epigraphic section, the classic section, the section of the minor islands, the volcanologic section, and the paleontological section. 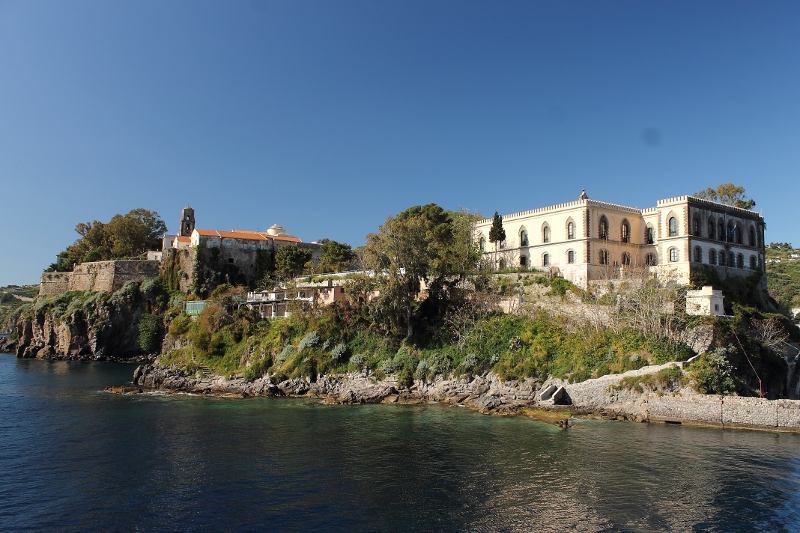 Luigi Bernabò Brea, the supervisor of the eastern Sicily, and Madeline Cavalier, founded the Regional Archeological Museum round the fifties of the 20th century. The Museum “Luigi Bernabò Brea” had various works of amplification, because of the rapid increase of the collections. The building’s arrangement highlights, thanks to the reconstruction of wide excavations’ sections, and stratigraphic, the connections of the finds with the historical period of reference. Doing so, it provides an accurate historical continuity, describing the various dominations which succeeded. 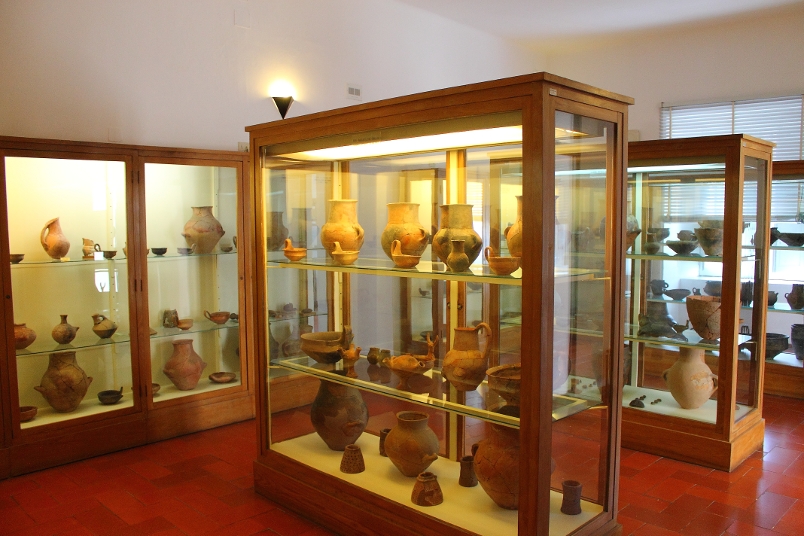 The pre-historical section is placed inside the bishop’s palace, going back to the 18th century, built upon the ruins of the Norman monastery. On the first floor, from the I to the VI hall, there are finds dating back to the initial phase of the Middle Neolithic Age. The route goes on with the exposition of the finds, belonging to the last Neolithic period, and to the populations which followed till the Bronze Age. The route of this section finishes on the ground floor where the finds, dating back to the Lipàra foundation (580/576 B.C) are kept. These finds present historic and religious suggestion, concerning the objects used for the rituals and votive offers to the god Aeolus; found in a well and dating back to the VI-V B.C.

From the X hall of the pre-historic section you arrive to the epigraphic pavilion where funeral artefacts in lava stone , of III-I B.C., and deriving from the excavations of the Greek-Roman Diana’s necropolis, are kept. 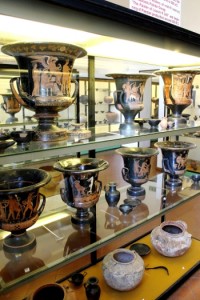 The classic section represents the work of the greatest importance in the intervention program of the museum’s buildings. The overlook on the garden, on the Castle’s walls, and on the sea, is really charming, and offers to the tourist the possibility to establish the visual contact with the extraordinary natural context where the museum is set. The building dedicated to the classic period is of the Fascist Epoch. The finds, coming from the excavations of Milazzo are exposed in the halls XVI-XVIII; the last one is dedicated to the archaic Greek necropolis of Milazzo. It’s interesting to notice that the island of Lipari, on the archaeological level, keeps some of the most important finds of the whole central-western Mediterranean basin in the Luigi Bernabò Brea Museum. While visiting the classic pavilion, it is possible to admire great vases, better known as Hydriae, which once kept ashes of the cremated corpses. You can admire the outfits of circa 3000 tombs, the Greek tragedy and comedy masks, amphorae, pyxides and other manufactures dating back to the Byzantine Epoch, and also, necklaces of gold, precious and a huge collection of the IV B.C. Greek coins, representing Hephaestus and the dolphins. 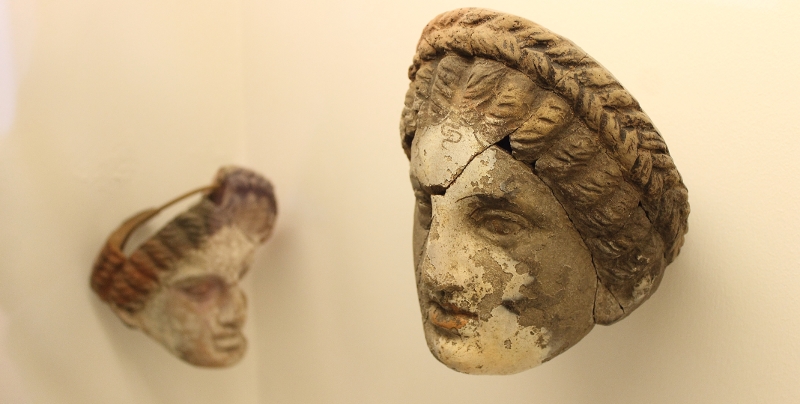 The section of the minor islands, collocated in the building near the bishop’s palace, keeps the finds of the Neolithic and Bronze Era, which were found on the near islands of Salina, Filicudi, Panarea, and Stromboli. This section is dedicated to Alfred Ritmann. The visitor is explained the geomorphological aspects of the Aeolian Archipelago, to understand the various aspects of human settings which followed in the course of the centuries. While visiting the three floors, it is possible to learn something about the volcanic activities, industrial archaeology, general volcanology.

This section, settled on the south-western part of the Castle, keeps the fossil finds of the Aeolian Islands. These finds are a singular evidence of the life forms pre-existing the Man’s appearance. 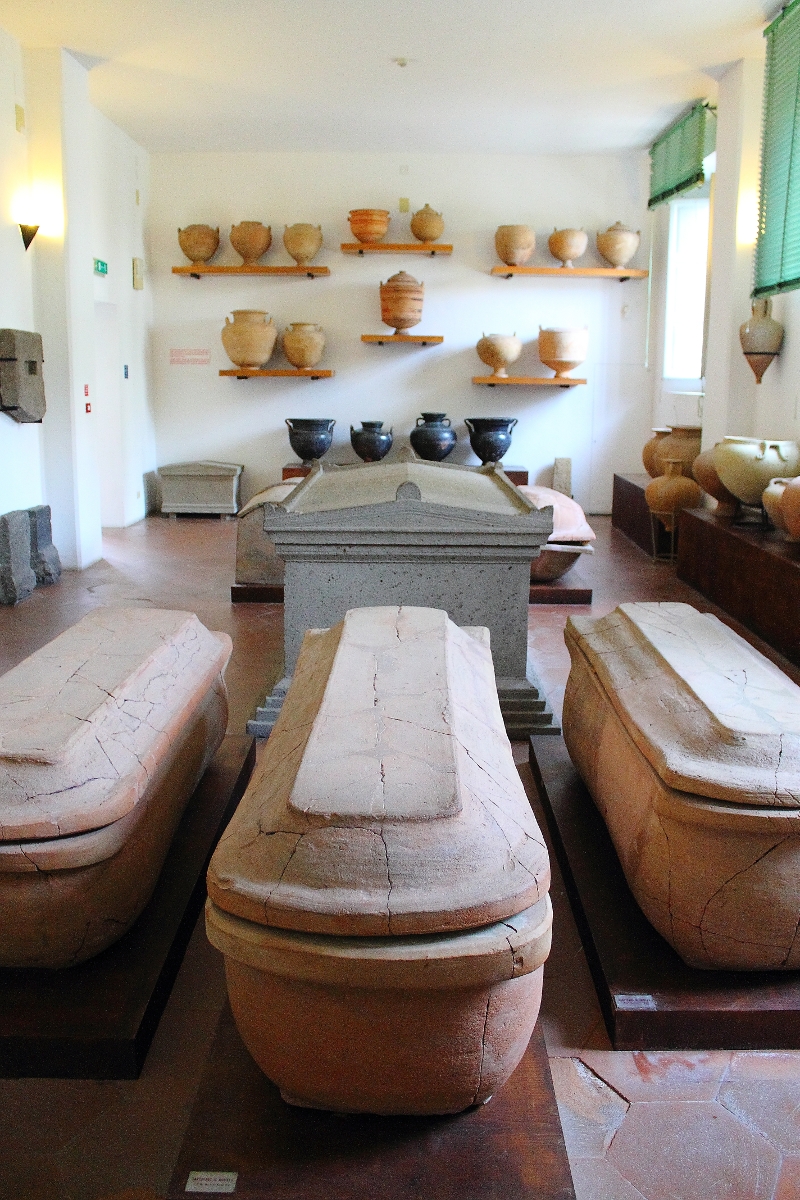