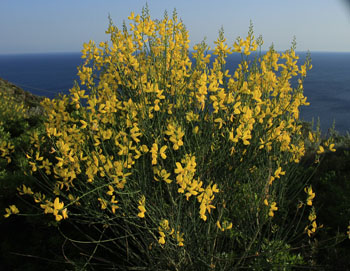 The vascular flora, characteristic of the regions of the central Mediterranean, includes 900 species, while scientific information on the non-vascular flora (fungus, algae, and lichens) are lacking. It is not difficult to see exotic species on the Aeolian territory, such as eucalyptus, acacia and alnus. On the contrary, the presence of Pinus is the result, more or less recent, of reforestation. The floristic population of the Aeolians is compound of the plants spread in the Mediterranean area with the predominance of the herbaceous plants, which constitute around  80%; the remaining 20% is made of wooden plants. The heritage of flora and fauna is due to colonization processes where the man has surely had a predominant role in introducing, actively or passively, of numerous species. From the biogeographic and ecologic points of view the endemic species as Aeolian wall lizard and Liparian garden dormouse are of great interest, and are to be found in very delimited areas. The autochthonous forests, intact from human manipulation, can be admired in all their beauty on Stromboli, in the Fico Grande village, on Vulcano in Gelso area,  in Lipari in zone of Pirrera, and besides, in areas which cannot be easily reached by man. This factor permitted to the ecosystem to rest unchanged in its original form, as it was difficult for men to have access to these areas. These forests are mostly compound of holm oaks, heathers, honeysuckles, omiellos, and strawberry trees. The impoverishment of the forest’s heritage brought to the substitution of  herbaceous plants with the Mediterranean scrub, the shrubby vegetation, which today covers the major part of the Aeolian territory. The Mediterranean shrub is constituted of brooms,  cistus, and of Tyrrhenian broom, which can be found in their most luxuriant form at the height of 350m, thanks to the elevated nocturnal humidity, even in summer periods. It is not difficult to distinguish, in the whole Aeolian territory, bougainvillea, prickly pears, and little palms which spontaneously decorate the landscape, with their shapes and colours. One of the cultivations stood out in the course of centuries, and represents today a great production reality: it is caper. This one is exported in appropriate anaphora since the Roman Era. It is really easy to find caper plants because they can be found in the whole territory, climbing upon walls and rocks. Capers, more than being one of the principal elements of local cooking, are a great source of income, together with Malvasia. Both of these products are exported all over the world. Among aromatic bushes, deserving a particular attention also for their culinary use, we found out rosemary, thyme, heliotrope, and mastic. Fruit trees, which deserve particular attention because of their diffusion, are: fig trees, almond trees, plum trees, carob trees, and prickly pears.

Fauna of the Aeolians

From the fauna point of view, major interest is deserved to 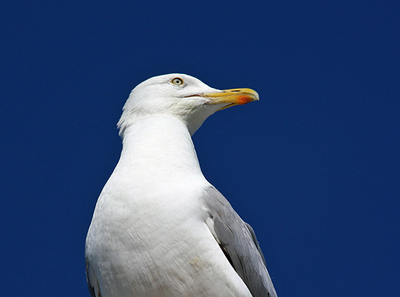 endemic species for their biological and conservational characteristics, the reason of studies of processes concerning division into species. It is about species exclusively limited to the Aeolian territory. The number of endemic species is really small. Just think about principal species Aeolian wall lizard and aple, and the subspecies of dormice, still living in some of the woody stretches of Lipari. On the Aeolian territory there is a high number of invertebrate species. Among the insects in the endemic state are found five species of beetles, one of moths, one of the homoptera, two of Dysderidae, three of springtails, and five of lung molluscs. Among the insects, the Sphinx constitutes the great interest; it is a widely spread butterfly with brown- ash wings and a sturdy streaked body, red and black, which reaches the dimensions of 10cm. Fundamentally, the insular faunas have less species because of the ecosystem surrounded by the sea. This  factor determines in relevant mode the biogeography and the ecology, the fact that makes these environments unique in their genre. The populations of the species spread on the whole Mediterranean territory, such as Tarentola mauritanica, Rattus Rattus, Coluber viridiflavus, Bufo viridis, Mus domesticu, Podarcis sicula and Hemidactylus turcicus, are of great interest because the natural reef, i.e. genetic reef makes these species so unique. A practical example is linked to the studies of some of the Aeolian mammals, as a rat and a dormouse, which demonstrate that these are of major dimensions compared to the same Sicilian species. A very interesting aspect, for the lovers of bird watching, is the passage, during spring and autumn periods of migratory birds, such as wild geese, quails, cormorants, flamingos, pelicans, anatidae, red herons and cranes.

Of great interest among the allocated birds are the Major and the Minor Scopoli’s shearwater, the Mediterranean falcon, the Eleonora’s Falcon, buzzard, Eurasian hobby, the red-footed falcon, yellow-legged gull, Maltese sparrow, goldfinches, and common raven.

The only amphibious is the Bufo viridis , a species capable to tolerate long periods of drought. It is not difficult to meet, during the naturalistic excursions in inland in biaco, the “black snake”, called so for the dark colour of adult individuals. It is about a harmless animal towards a man, but very useful because of its diet principally based on small vertebrates, and particularly on mice. Of a little importance are the farms, unable to satisfy the local needs. Among them a certain importance is given to those of sheep, goats and cows.

Another widely spread species upon the whole Aeolian territory is the wild rabbit, which during the last decades recorded a strong decrease of presence because of a thoughtless hunting occurred above all in the ‘80s. Fortunately nowadays a natural preserve was created; it covers the great part of the territory, and completely forbids hunting.

One of the greatest attractions of the Aeolian archipelago is surely the sea environment which, thanks to crystalline waters, to the species’ variety, and the numerous archaeological findings, became a yearned destination for the skin-divers throughout  the world. The strong volcanic activity which marks the archipelago, compound of 12 connected volcanoes, has shaped the sea bottoms creating a variegated environment full of rocks, collapsed volcanoes, and caves. The marine seabed offers rare views of an extraordinary beauty. Just think about the walls of obsidian shining indirectly, about the stretches of Poseidonia and the sea bottoms going from the white colour of pumice to the black one of the volcanic sand, enriched with numerous archaeological sites. Seabed, with altitude variations beyond 1000m, mostly rocky and formed by magma and explosion eruptions, give no space to sandy sea bottoms which are rich with Poseidonia, where it is possible.

The involved zone is influenced by marine streams deriving from the Gulf of Messina, from those eastern, those Atlantic, and those deriving from the Mediterranean basin. The elevated biodiversity of marine vegetation and the high presence of pelagic seaweed constitute an environment full of colonies and benthonic and planktonic species, creating a perfect environment for a nesting of numerous ichthyic species, such as: garfishes, imperial garfishes, European anchovies, Mediterranean lobsters, lobsters, squids, red damselfishes, seahorses, mullets, groupers, angler fishes, sauries, dentex, red prawns, congers, common dolphinfishes,  leerfishes, Mediterranean barracuda, sand steenbrases, fordbeards,  European hakes, saddled breams, corbs, gilthead breams, common Pandora, red porgies, common smooth-hounds, Atlantic stargazers, bluefishes, swordfishes, octopuses, amberjacks, breams, sardines, red blackbelly rosefishes, cuttlefishes, basses, tunas, weevers, red mullets, and boops boops. It is also possible to meet starfishes, black corals, beadlet anemone, turbots, and various species of jellyfishes which keep unpleasant  encounters if they get in contact with your skin. The most charming encounter in the Aeolian sea is undoubtedly that one with the cetaceans which, thanks to the abundant presence of the ichthyic species, find in these waters an ideal habitat for their survival. The most common species are: sperm whales, common dolphins, Cuvier’s beaked whales, Stenella, fin whales, Risso’s dolphin,  pilot whales, dolphins, common bottlenose dolphins, and false killer whales. 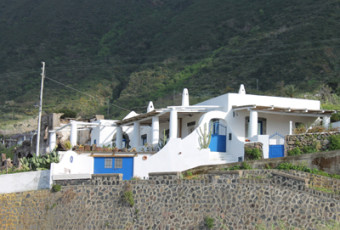